Anne: We published the “Heart Drops” in Finnish and think what will come next 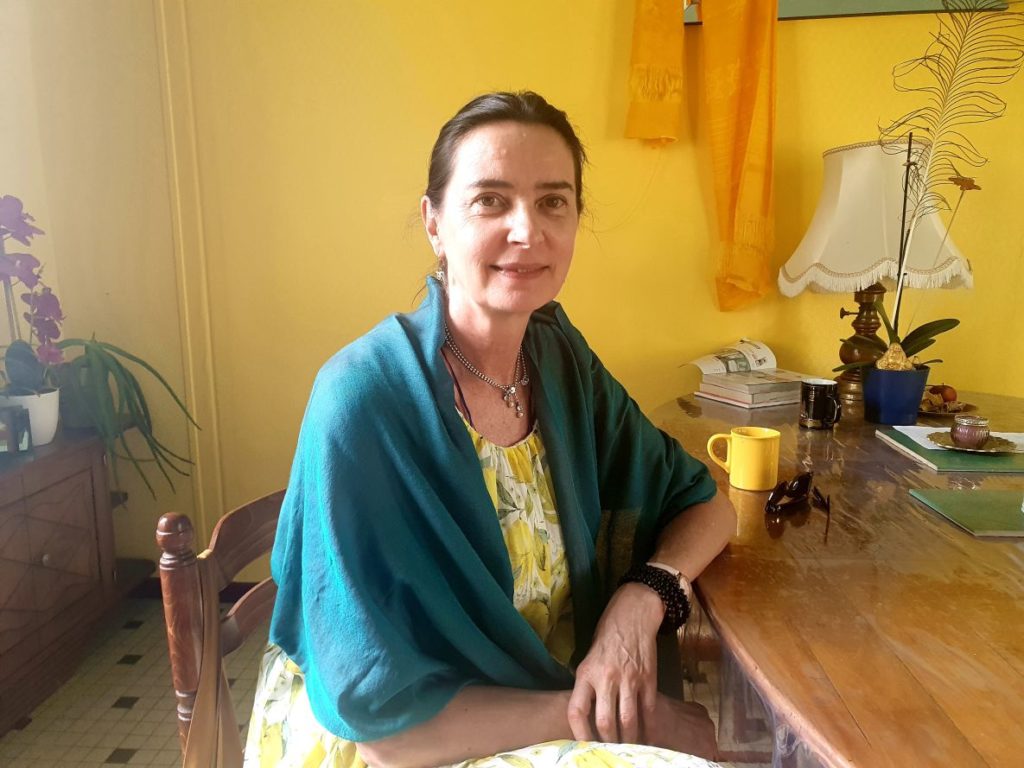 One of the fundamental texts in Yungdrung Bon, the Heart Drops of Dharmakaya, was translated in Finnish and published by Anne Brunila and her friends. Anne does not speak Tibetan and the only option that she saw was to translate the text from English. Then, she received a suggestion from Khenpo Tenpa Yungdrung Rinpoche…

Five or six years ago we asked Khenchen Tenpa Yungdrung Rinpoche to start teaching us the Heart Drops of Dharmakaya in Finland, and he has been doing so since. I asked specifically for this text, after having read the book of Yongdzin Rinpoche with this name, which is basically his exposition of Shardza´s text that he gave in a teaching. It had a big impact on me. I thought that having a teaching in Finland based on this text would be wonderful. Khenpo Gelek Jinpa had been teaching us from Gyalway Chatri for quite some years and so I thought that the Finnish sangha was ready to receive the teaching contained in Sharzda Rinpoche´s book.

There was another nexus leading in that direction. When we established the formal association of our sangha in Finland, we asked Yongdzin Rinpoche to give it a name. It took some time before I got a piece of paper from him. Khenchen Rinpoche handed it to me, I opened it and the name written there was Dechen Ritro, the name of Shardza Rinpoche´s retreat place in Tibet!

We had not had any text of Yungdrung Bon translated in our language, except for Tenzin Wangyal Rinpoche´s books. It seemed to me worth investing my energy into translating Shardza´s book. Again, I asked Khenpo Rinpoche what he thought about it. My idea was to translate Yongdzin Rinpoche´s book which is written in English, because I cannot translate from Tibetan, but Khenpo la asked me: “Why don´t you use Philip Cornu´s translation into French?”

I agreed but I did not want to give up translating Yongdzin Rinpoche´s book as well. Sharzda´s text is beautiful, poetic, symbolic, full of metaphors, but it uses expressions of which it might be hard to grasp the meaning if you did not receive an explanation on it before. I thought that people would understand it better if they had a possibility to read Yongdzin Rinpoche´s book first, because it contains lots of commentaries.

And we did this way, together with my friend who is also a long-time practitioner. My French is good, but hers is perfect, she is bilingual. Each of us came with own translation and then we compared them sentence by sentence, to get the most accurate final version.  She brought in her linguistic excellency, I contributed with some insight into the teaching. We needed to consult some parts of the text with Khen Rinpoche, of course, because even if we understood the French, sometimes we did not get the meaning. He kindly met us on zoom, and we went through all the unclear parts.

Besides that, I translated Yongdzin Rinpoche´s book as well. This I did very fast – in one month. The text was very engaging and inspiring, I could not detach from it from the morning till the evening, it absorbed me. The whole project (including the translation from French) took a couple of months.

The Finnish edition of Heart Drops contains therefore both translations, but it is not too thick, it has two hundred thirty pages. Although some publishers who are specialized in Buddhist and spiritual literature were interested in it and would release it happily, I decided to publish it myself, starting a small publishing company for that purpose. The book went out in December of 2021. It is for sale in several bookshops and also online bookshops in Finland. We also set up our own e-shop where the book can be bought.

And I am already thinking, what would be our next titles. For sure I will prepare to print the transcripts of Khenpo Tenpa Rinpoche´s teaching of the Heart Drops, but that would be in English. I think it can benefit many more people in that way. When we organized his teaching online, in 2021, there was more than four hundred people attending.